Remote Viewing is the capacity to tune in to the past, future or present without leaving the physical place you inhabit. It resides out of our physical space, time continuum and thus is not effected by distance, time or place. It could be called a form of telepathy, but that would be somewhat inaccurate.

Here is a letter I wrote to Joseph McMoneagle, one of the original members of Stanford Research Institutes, Stargate Program, which was developed in the late 70’s. 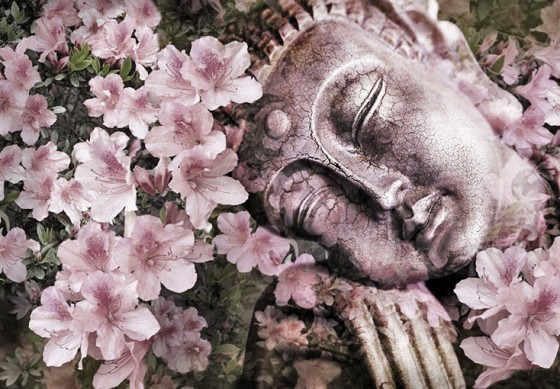 I am a Canadian living in Paris France. Since being illuminated by the book “evolution’s end” by Joseph Chilton Pearce I became aware of anomalies that occurred in my dream and semi dream states. I wish to describe a few of these to you.

When I was living in the French countryside specifically in burgundy I had a strange dream. I must preface this experience by telling you that we didnot have television, only a monitor to view films and did not have direct access to the news. My wife was in Paris doing a photo shoot and I was alone. In my dream I was on a ferry crossing from mainland Australia to Hobart the capital of Tasmania. That alone seemed strange in retrospect. As I debarked at the port of Hobart there was an outdoor café. It was very sunny and there must have been between twenty to thirty people there. I looked in the eyes of several of the clients and felt profoundly the ambiance of the environs.

In the next scene, I saw a blood drenched river filled with broken glass and debris.

In the next scene I was sobbing in the presence of the premier of Tasmania who was a female. I said “how could something like this happen here? Why… Why… I don’t understand… How is this possible? I woke up with tears in my eyes. I thought “What a strange dream”. I eventually just let it go as a nightmare. Two days after the dream my agent at the time Meyer Hyman called me from Paris. The first words that literally came out of his mouth were the following;  “did you hear what happened in Australia?” Immediately my hair stood on end and i said; “don’t tell me,  let me share a dream I had with you” and I went on to tell him of my experience. After hearing the story he said; “that’s amazing.

Ben, “today, a man went berserk and shot and killed several people and injured many more in an outdoor café in Hobart, Tasmania.

That is only one of several occurrences that i’ve had that I would wish to share with you. My trips to Peking,  when i flew to a building made of red bricks and curvilinear in shape very snake like almost like the wall of China. Or my frequent voyages to Reykjavik, Iceland that for some reason i share a great affinity with. I have seen the low cathedral like landscape with the fjords in close proximity and yet have never been there. There is a women Ihave known practically all my life in my dreams and when i see her my heart races and I feel great love for her. I have never known her in my physical daily state.

When I was about nine or ten years old, and I’ll never forget this for the rest of my life. As i was lying in bed just starting to nod off and not yet asleep, I saw a bright white light at the end of a turbulent vortex. My body felt numb, however I was totally aware of my physical state. I felt a peace I have never felt in my entire life. I wanted to go there but my physical conscience mind didn’t want to go to it and fought or resisted the desire. I pushed with all the strength I could muster to try and sit up. I pushed as hard as i could but could not sit up for long and finally fell back to the pillow. Again i tried to fight the desire to go there and i said to myself, but not out loud, “don’t be afraid” and I fell back again. On the third attempt to gain control of my physical body I pushed myself up and said to myself again not out loud “if this is death, you have nothing to fear” and i finally relented. I lost all consciousness. I’ve never forgotten this experience and have often wondered what really happened to me. My sister who is a clinical sociologist has suggested that i may have had a deeply moving spiritual experience. I have often speculated something very different. I believe I fell into the category of Alien abduction. Can you be of assistance.

Thanks for your precious time,
Regards,
Benjamin Kanarek

More news has now come in about the Shooting Massacre in Hobart, Tasmania:

The shooting occurred around mid-afternoon at the Historic Tourist attraction of Port Arthur near Hobart. Initial reports were that a person had been locked in the boot of a burning car. Followed by reports of a man with a high powered rifle shooting at people.

After shooting several people at Port Arthur, the man made his way 2 Kilometers up the road to the ‘Fox and Hound Resort’ where he opened fire again. He then escaped to the Seaside Guest House where he is presently.

According to Television Channel’s Nine and Seven, the toll is now at least 25 people dead and 15 others are wounded. A seige is now in progress around a Seaside Guest House where the man is believed to be holding hostages and shooting at helicopters.

About 200 police are in the area with Special Task Forces on the scene and all roads and tracks are sealed around the seige area. All available helicopters are being used to ferry the injured to hospital. It has been confirmed that this is now Australia’s worst massacre in it’s history.

I will keep you posted whenever more reports become available.

Here is the latest on the Tasmanian Massacre as of 9:15pm Tasmanian Local Time:

It has been confirmed that 25 people have been killed and that 17 people have been badly wounded so far. Among the dead are children including a baby. Unconfirmed reports say that some of the victims were incinerated in a car as the gunman set cars and buildings alight.

The gunman has been described as a young ‘surfie’ type with blonde hair and that just prior to the shooting, had been chatting freely at a kiosk.

According to Tasmanian Police Commission John Johnson, the weapon used by the gunman is ‘presumably an automatic’. And that at this point in time, negotiators are talking by phone with the man. It is possible that he may have three or more hostages inside the guest house. It has been reported that he has fired shots at police from the house.

Police have now cordoned off the township and according to Commissioner Johnson, it would be ‘Very difficult to escape’ from the guest house.

Police forces in Victoria and New South Wales have been called for assistance to help resolve the situation.

The death toll in todays massacre at Port Arthur Tourist attraction has been confirmed at more than 30. Police are continuing to find more bodies in the dark as they search the area. 18 people remain in hospital at this point in time with 4 on the critical list, 4 in a serious condition and 10 in a satisfactory condition.

It appears the gunman was purposely looking to kill tourists. One witness has stated that the gunman said ‘There are a lot of wasps around here today, there’s not many Japs here are there?’ then he muttered something before moving into the Kiosk and started the shooting at around 3:30pm. It appears the gunman moved outside after that and started shooting at the tourist buses killing 2 or 3 on each plus a driver, before making his way to the “Fox and Hound Resort” in a rental car according to witnesses. An unconfirmed report also says that at this time the gunman also forced some hostages into the boot (Trunk) of a car and locked them in. Then he apparently set the car alight burning them to death.

He then opened fire at the resort killing several more before he and his three hostages were pursued by police through thick vegetation to the guest house. Negotiations are continuing but police are almost certain that he has several semi-automatic weapons with enough ammunition to hold police at bay for hours.

Australian Prime Minister, Mr John Howard, has released a statement calling it “a shocking and senseless act”. The Tasmanian Police Commissioner made a direct appeal to the gunman a short while ago using the nations television services calling for him to give himself in as he has already done enough damage.

At 10:35pm tonight it was reported that police believe the death toll may now be more than 40 as more and more bodies are found. The gunman continues to fire at anything that moves near the guest house while police continue to negotiate over the phone.

Special News Bulletins are continuing to bring news as it happens but it appears the seige may take hours to be resolved.

-That will be all from me for tonight as I need to get some sleep. I hope that my reports have been of some use even though they may seem a bit hastily typed up. Due to limited source access most of the reports have been made up from television reports on all the Australian Networks but hopefully this gives you some idea of the events that unfolded in Tasmania today. I shall try to send some more reports tommorrow as more events unfold.

ENN would like to publicly thank Mr. Jeremy Zakis for his on-going coverage of this developing story and sharing it with us. Mr. Zakis’ coverage is an example of one of the best uses of the Internet and a vital sharing of information as it happens.