I first became aware of Emmanuelle Alt back in the early 90’s when she headed up Fashion for the forward thinking and very creative magazine “20 Ans” in France, meaning 20 Years Old. I was struck by her avant garde approach to her styling and her eclectic choices of designers used in her editorials. She took this rather tame magazine and turned it in to one of the most desirable magazines to be seen in and that applied not only to France, but Europe as well! If you were in 20Ans you were IN. It was Young, Chic and Rebellious.

As a result of her uncanny capacity as a “Styling Chef” to put together an incredible menu of delicious eye candy that was often more suited for the pages of magazines like Numéro, which had not yet come out or Italian VOGUE, it was obvious to me from the onset, that Emmanuelle Alt was destined to become an icon in the fashion industry.

Not to get in to a lengthy diatribe regarding her bio, from 20Ans, she moved on to Mixte Magazine and from there we all know that she went on to become the Fashion Director of VOGUE Paris. 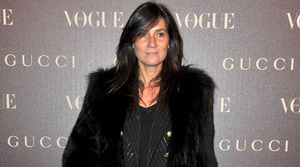 Emmanuelle Alt at the Gucci Dinner At Italian Embassy

I am giving you this short but sweet synopsis of her journey for one very important reason, her creativity has always been at the forefront of what she has accomplished. The eyes of the Fashion community have been scrutinizing Emmanuelle very closely and will probably not let up for quite a while. Why? Because there are many people out there in the world of the arts that love to see people fail.

I find that notion sad at best and pathetic at least. It is way too early to judge what she is capable of accomplishing at this juncture in time. Although she was the Fashion Director at VOGUE Paris for over 10 years, she was not at the helm and that is a totally different mind set to employ. 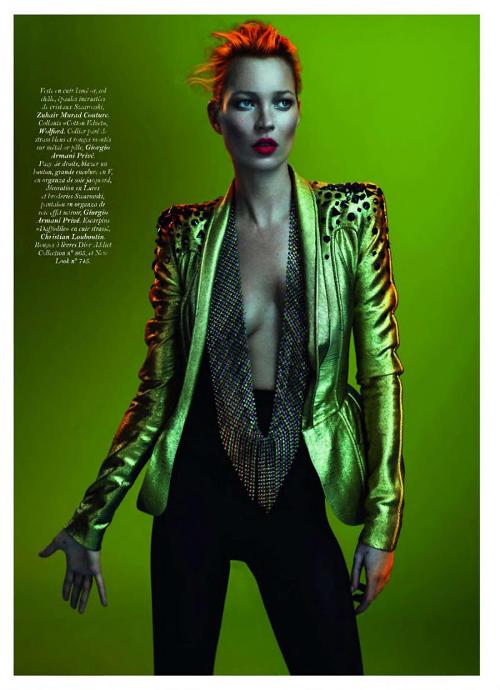 What I can say based on my knowledge of Emmanuelle Alt’s past and if that is any indication of her future, is that she will cast her die, leave her mark and have a major effect on the fashion industry. Like Elisabeth (BABETH) Djian a luminary creative fashion engine and the Editor-in-Chief of NUMERO Magazine (with whom I had the privilege to work with when she headed up Jill magazine), I am sure that Alt will also be instrumental in setting, rather than following trends in the very near future.

I can totally understand why her initial steps were to tread more lightly than if she had just come in from elsewhere. What she is doing right now I believe is a very fine balancing act between necessity and her desired direction. She just needs a bit more time. As she has already stated (and I am embellishing… Creative license) her September 2011 Issue, will be her true immersion in to her identity and the direction of the magazine.

Emmanuelle Alt is representative of the hybrid approach taken by many artists in the Creative Business arena. By hybrid, I wish to imply that for any artist to leave a mark on the body politic of the day, they must know how to strike a perfect balance between pragmatism and child like optimism. She seems to have accomplished this rather daunting task with panache. Emmanuelle Alt is the Modern French woman in all respects. She is totally at ease with her persona which is refreshingly and naturally confident.

I believe that Emanuele Alt is probably doing some serious creative soul searching and looking both forward and backwards at the same time to find the essence of who she truly is and always will be… An Artist. 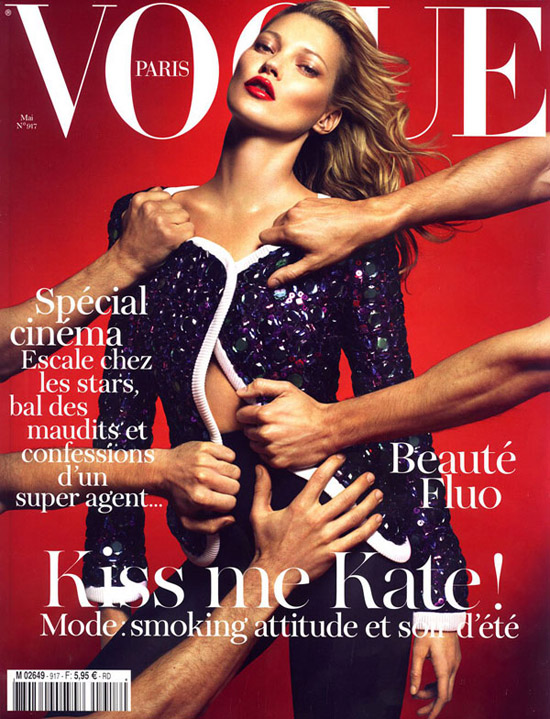