It’s back. I’m not sure why I was left with “Body Of Work”. It’s obvious to me right now that it won’t be pursued during this writing. 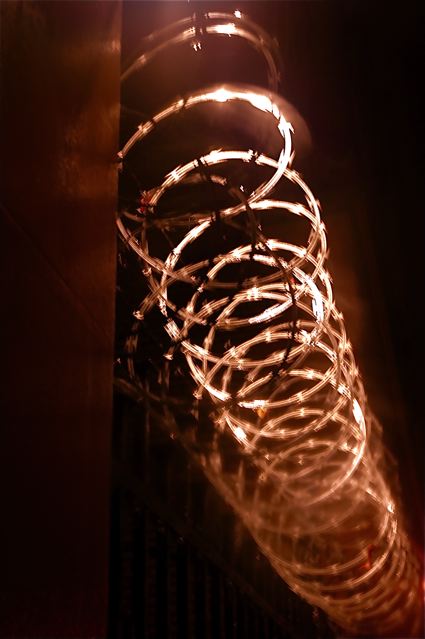 Hoping it’s tossed at me again at a later date. Right now what is resonating within me is, acceptance of praise and criticism and the meaning of Art to the onlooker, the listener and the reader. A seminal moment has been revisited for me. My first major tour with an important artist. I was the drummer. Big show in Detroit. Backstage after the show, we were asked if we would sign autographs. We consented and were led out the stage door to be confronted by security holding back about a couple of hundred people (fans).

A very young couple approached me with the tour brochure. The very young man, also a drummer handed me the brochure nervously. He told me that I had now become one of his favourite drummers and would I sign the the booklet? I immediately started to thank him profusely. I also asked if he wasn’t sure that he wanted the autograph of the artist I was backing up. I continued to humble myself before him and his girlfriend. He snatched the booklet from my hands and they both walked away. The seasoned tour weary artist was within earshot. He approached me saying “do you think that the fans want to know that you are normal like they are”?. Whether you like it or not, you are on a pedestal. In my case it was a drum riser. He went on to say, “just accept the compliment with grace, sign the damn thing, then do the same with every other fan” Do it with dignity and humility. Accept the praise. Don’t be arrogant about it. You have touched someone very deeply. Let them leave with great memories of the “encounter”and especially if it’s a fledgling musician, allow them to be left with the possibility of realizing their dreams. Maybe one day they too will be up there on the world stage. Interesting. Lesson learned.

I know that I can only do what I’m capable of. If it resonates within someone, that’s wonderful If it doesn’t, I’m not going to quit! I have received as much praise as I have criticism. What separated the artists from the boys is the obsessive compulsion to get the work out there. Once it does, the critics and admirers come out of the wood work. A thick skinned resilience is a requirement. A balanced perspective of who you are and what you do is paramount. The realization that you have so much left to learn is the fire that has to keep burning. I guess this applies to all walks of life, but it is a much more intense dynamic as an artist. It gets very personal. You are challenged by emotions that are inspired by both the criticism and the praise.

My first show in Paris was both an uplifting experience and an awakening. The gallery owner insisted that I be available at the opening to speak to potential patrons and collectors. I have always been a performer, but never in that venue. I told the gallery curator that this might be a bad idea. Upon his insistence I gave in. There was an elderly, very well dressed woman who was watching from afar. She sat observing me in a chair, cane in hand. I was helping myself to a glass of wine when she finally approached me. She asked if I could stand in front of one of my paintings to answer some of her questions. I of course had to comply. She was very intelligent and soft spoken. She said to me, and I’m only paraphrasing, “There is a lot of symbolism in your work. I see the suffering of humanity, the Joy of Humanity, highly ordered rhythm and movement, well placed and planned colours, layers of meanings and messages”. Am I correct?”. I stared for a moment avoiding her eyes. I finally said without looking at her “If that’s what you see, then it’s there” I knew that the conversation shouldn’t continue anymore, but she persisted. I/you, have to understand that I wasn’t quite there as a painter who had yet accepted this  romanticized “on the pedestal” perception of the artist.

So she asked the inevitable question: “How long did it take you to paint this work?”. What came out of me was “All my life”. She smiled approvingly. I hoped it was over. I was nervous, drunk and under the microscope. She then asked “What inspires you, how do you do this?”. What came out of me was something like: “My inspiration? How does this come out of me?”. “Think of me as a monkey, who with enough time, attempts and lot’s of alcohol and drugs finally puts out something tolerable!”. Both her and her smile quickly went away. I couldn’t deal with being on the pedestal. The gallery owner couldn’t deal with my unpredictability. He suggested that it would be better if he handled the “schmoozing”. My band played. I was relieved. Hadn’t thought about that one for quite a while. I don’t sabotage myself as much as I used to… This one is over… Later?… Again, sorry for typos, etc… It’s the way it is…….

The State of the Artist