America has hit the bottom of the barrel! This country that as a child I loved and respected has become the scourge of anyone less fortunate. This repugnant horrific event and the ongoing subsequent discourse of “Black Lives Matter” is “just” the perpetual repetitive numbing din that we hear about on a daily basis coming from the “GREATEST COUNTRY IN THE WORLD”? Perhaps, I might have said that fifty or sixty years ago, but the perpetual injustices and the heinous, odious and criminal actions of “the privileged ones” have pained me to no end. This is NOT the country I once loved and teared up when hearing the National Anthem (even though I am a Canadian). This is the country that has the highest prison population of any country in the world and… 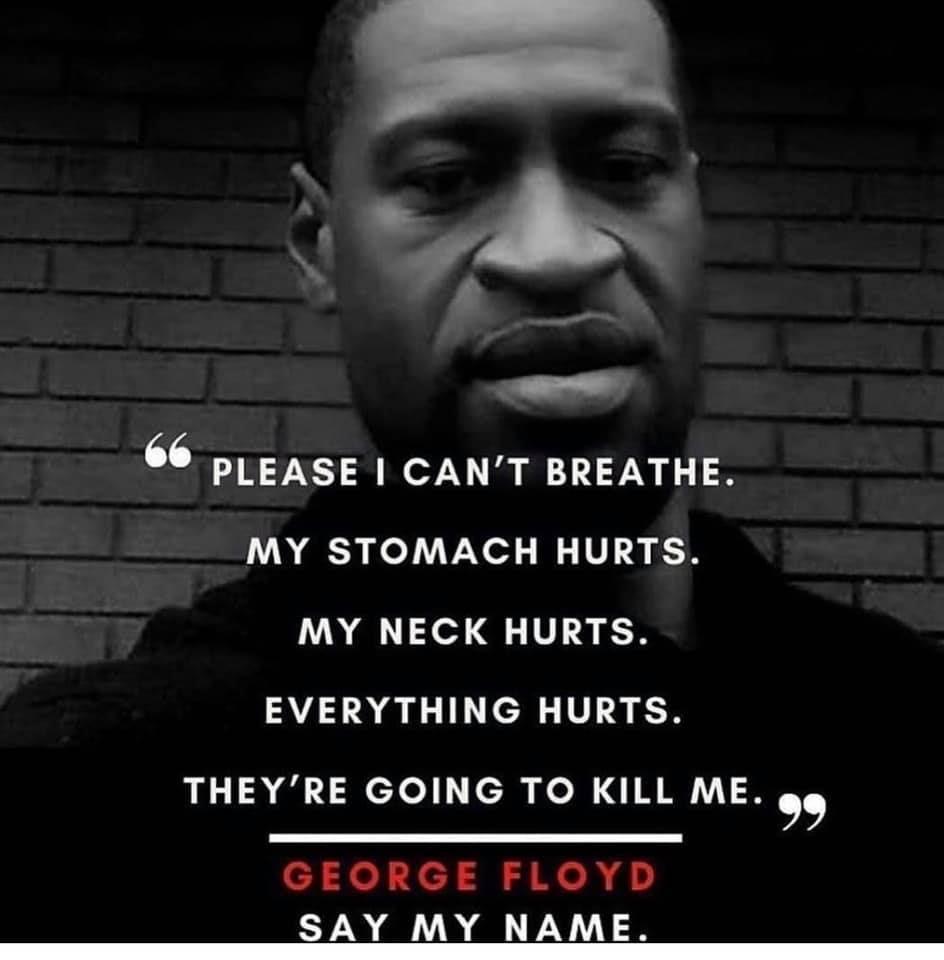 …is the only highly technologically advanced country in the world without Universal Health care! Think about that for a moment. This is a country that allows over 50 million people to live below the poverty line. A country so filled with greed, that they elect a sociopath as their President just because he was a star on a reality show. I would like to congratulate the United States of America for one very resounding success, one that took centuries to fulfil, yet not surprisingly accomplished. That is “the Dumbing Down of America”. When I say dumbed down, I mean so much so that most Americans do not even know their State capitols, nor that Africa is a continent not a country, etc… So, seeing this episode, although H O R R I F I C, it will probably be dwarfed in perhaps an hour or a day from now, with another episode in the ongoing horror story series called “the Fall of the American Empire”!

The camera slowly pans to the right as the country is burning and gradually zooms in to a close up of Emperor Nero playing the violin as Rome burns to the ground! Hail to the Chief! R.I.P. #GeorgeFloyd

A wonderful buddy of mine Stephen Tyler an American now living in the Philippines wrote the following to me regarding this horrendous mind-numbing murder. Please take this in and ponder what he has shared. I mean take it in and really try to empathise and feel his anguish:

“Ever since I saw my father have to suck it up in front of us kids while being berated by a cop, ever since I was spit on for no reason in 6th grade by a white classmate, ever since I saw white cops with their police dogs tear through crowds of blacks marching peacefully almost nightly on the network news in the ’60s, ever since I was mistakenly identified as a robber in my building and accosted by cops twice in the same day, ever since I was given walking papers from a job because the incompetent white guy hired after me had to feed his family, ever since, ever since, ever since… I was hateful after I came home from Vietnam and for years my thoughts were occupied with ways to commit mass death upon white men. After 7 years of torturing myself, I realized I couldn’t kill them all. My head has exploded more times than I can count at the injustice of it all.

An Addendum in response to a concerned American on Facebook who wrote the following below:

It’s a crap time to be an empath. The emotional pain I feel for everything in this world is so big that sometimes I just don’t know what to do with it all. I’m angry. I’m hurt. I’m frustrated. Mostly, I’m sickened by how far we have fallen. Some days I feel entirely hopeless.

I happen to agree with you. The anger and rage is percolating under the surface and I feel it too. I don’t know what the hell it will take for this kind of atrocity to stop. I want to shield every person in harm’s way and I can’t. I just sit here and cry for those that were terrorized, those family members that now have to grieve and for every person now living in fear. I will do everything in my power to advocate for those who need it. It’s a sad time for humanity but I will always try to use my light to illuminate the darkness.

I will try to be pragmatic and as honest and transparent as possible, at least from my frame of reference. The chicken has come home to roost. The passing of the buck must stop (I know that is a classic adage) but someone needs to have the courage to deal with the rampant greed and inequality. My sentiment and I hope it doesn’t come to fruition is, I see a revolution or a civil war between the haves and have nots. As a centrist and hopefully a reasonable one, I advocate and do NOT pray (praying leaves it to others to solve problems. another way of passing the buck or kicking the can down the road) that reasonableness reigns.