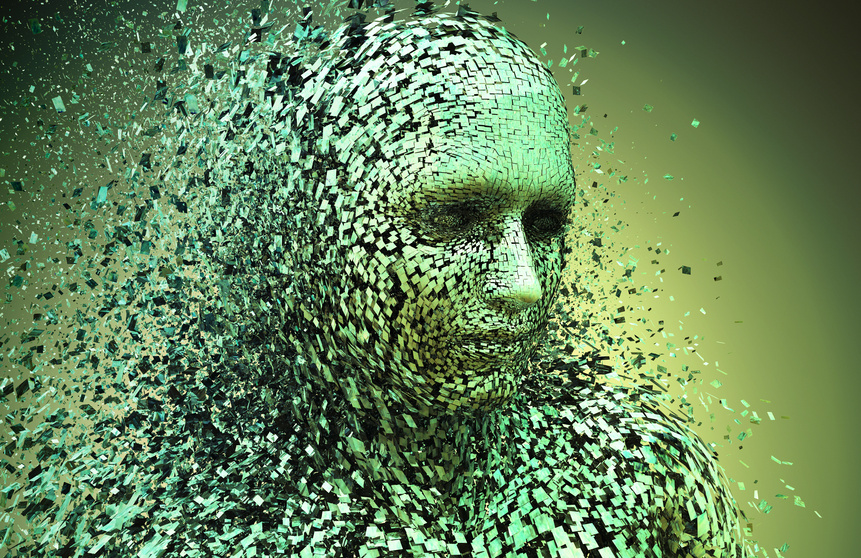 Just wanted to share this short lived experience with you that left me thinking…alot!

Is the Universe a Simulation? Perhaps. For some time I have felt that we live in a program…A Matrix of sorts! This epiphany came about based on one very powerful experience. Several years ago I had this anomalous event. I just woke up and when in the bathroom, I literally saw a lattice work (screen door mosquito netting pixel effect) slowly dissolve and then reality came back to what I was used to. In retrospect it seemed like a kind of  error correction of sorts. You know, the programmer who sees the glitch and thinks, “Ooopppps I hope he didn’t  see that glitch happen. Maybe he didn’t notice it and he thinks it is a semi conscious dream remnant left over kind of  thing”. Look, it really did look like a very fine lattice or screen that held the composed physical reality in front of me. I will say this, my whole body froze with the realisation  of what had just transpired. It was truly one of those rare moments that never get put into the “that happened” past tense file. It is placed in that anomalous “WTF happened” file that is filled with those very few gems that make life the mystery it is.

To be honest, it scared the living crap out of me and have often wondered what actually happened to me. Mini stroke, hallucination, semi sleep state. All of the above? What I do know, like many traumas, this one has never left me. I often ponder the experience and it leaves me cold for many reasons that many of you  I am sure can understand. If we are a simulation, who or what programmed it and if we are not, what did I just experience and why was it such an epiphany? However, to get back to the original experience. Witnessing the dissolving of the lattice in front of my eyes was both frightening and illuminating at the same time. So do we or don’t we live in a simulation? Or is this just one of an infinite number of alternative universes and what I experienced was an overlapping glitch of sorts? What do you think?

This is a comment by Douglas Nilsson on my Facebook Page and my responses. (As he is Swedish his English although not perfect is expressed well)

You have to remember that the human brain create what you see from wavelength info it receives from a large number of individual photo-sensitive cells in your eyes. Through its complex neural net work the brain turn this discrete information into a continuous image. It even makes you see 3-D by comparing small differences between the image built from the right and left eyes signals. I think you might have had a short moment where the brain simply didn’t finish its work entirely and fed your conscience with an image that partly still consisted of data from the individual photo-sensitive cells. I think I have had similar experiences myself when I have been very tired. What speaks for my explanation instead of the hyped and (on the web) popular explanation that we live in a simulation? Well, to begin with Occam’s razor. If two models explains the same observation, you are to pick the simplest. My explanation builds on already known properties of your eyes and brain. Your explanation require an unknown programmer, his boss, their purpose etc etc.

That is what I thought as well. i.e. “I think you might have had a short moment where the brain simply didn’t finish its work entirely and fed your conscience with an image that partly still consisted of data from the individual photo-sensitive cells.” But nonetheless, the experience was quite a shock.

PS..If what you state is true, it still strengthens the analogous and component similarities to the manner in which digital cameras capture information and output it. That was something that occurred to me as well during the experience.

This is a very sad day indeed. Virgil Abloh has di