So what is this Muse?

I won’t take the time to look it up right for fear that it will break the rhythm/flow that I’m feeling right now. 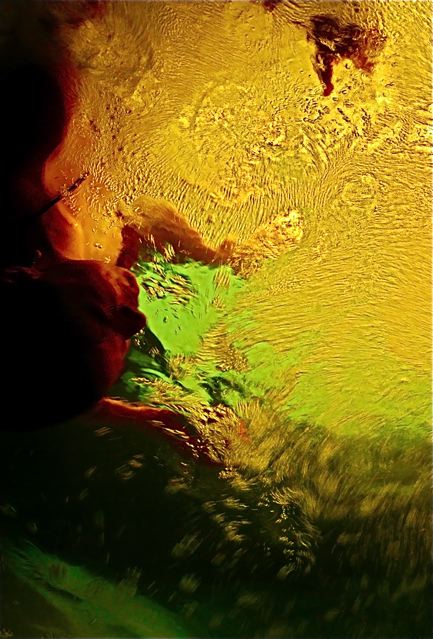 I know it’s here guiding my thought and words. As I said, I will only write when it “visits”, otherwise my explanation will be tainted by premeditated intellectualizing. I’m sure there are dictionary definitions of the word Muse. I or you can look it up. Maybe I will when this cycle has passed through me. I had heard a great story about a Scottish poetess who was out walking on her land one morning when all of a sudden she felt the presence of the Muse. She hurried home as fast as she could. Her pace was quickened by the fear that if she didn’t get back soon enough, the muse would pass through her and go on to inspire another poet! Interesting.

I think that’s part of what this Muse energy is. I know that I had a similar experience years ago. From 1993 to 1996 I had to take many flights from Paris to Toronto when my father was ill. I can’t remember how many trips I took, but I do remember the last one. I knew that this would be the last trip to Toronto. I knew intuitively, but I think my inner defense mechanism was protecting me from the sad brutal truth that my Dad wasn’t going to make it this time. When he passed away,we held the traditional Jewish funeral which meant burial within 24 hours followed by seven days of mourning “shiva”. My family was borderline reform Jews. Basically meaning that twice a year, we followed tradition only going to synagogue for two high holidays. We weren’t orthodox religious. We completed the 7 days of mourning at my family home where we were staying. I felt numb and distant. The night after the “shiva” period, I went downstairs to my sister’s apartment where I immediately began to paint furiously. I would finish one, gulp down another hit of strong whiskey,tack up another large piece of thick grainy paper and continue.

Over and over and over again. Occasionally I would have the small captive audience of my sister, mother and girlfriend. This process lasted days without much sleep. Those days are still a blur to me. Almost out of focus. I know they happened, there are some paintings left as evidence. I do have one clear memory of those days and nights. The last night I was downstairs painting,an unusual event happened. I became aware during the creation of one painting that something had changed. No, something was missing. It felt like a void. I realized at that moment that it was me now “steering and guiding” the painting. It was at that moment of realization that I became aware of the fact that something had “passed” through me during those long days and nights. Was it my Father? The Muse? Both? I didn’t know then. I am not so sure now. With certainty there was a “presence” that was no longer there. I knew then,that I had to stop painting. The “ride” was over. I went upstairs and fell into a deep, much needed sleep. My sister woke me the next morning asking me to come downstairs.

Standing in front of all the paintings tacked to the wall,she asked me to count them. Eighteen. Eighteen paintings! Eighteen! A very important number to my family. My Mom’s birthday was April 18th. My Dad’s, September the 18th. My birthday, January the 18th. My parents wedding anniversary, September the 18th. My Dad was buried November the 18th. In the Jewish tradition, the number 18 signifies “chai”:. Life! We stood in silence looking at the work that surrounded us. The titles of each painting immediately came to me without any forethought (as they still do). At that moment, the Muse was back momentarily to give me one more gift before he or she left. The series was called “The Neshumah”series. Neshumah. The Soul. Each one represented the journey of my Father’s soul. The Muse slipped away. I stood there mesmerized and in awe. I feel like I’m thinking right now as I write. Perhaps the memory has triggered other memories. I think I’ll visit them. The Muse has left. I will now stop here…

Check out the other episodes posted by Marvin Kanarek: The State of the Artist