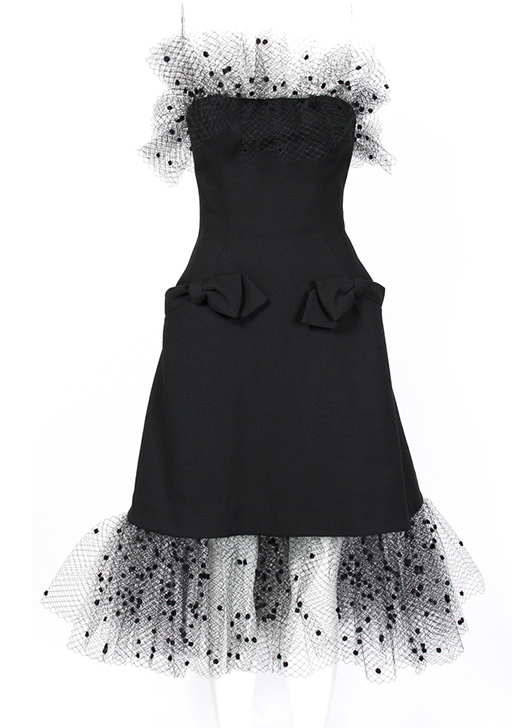 Alexis Mabille discovered fashion at a very young age, attracted and inspired by fabrics, costumes, antique jewlery and museums he visited as a child. As a teenager, he would put together theatrical pieces as well as outfits for his friends and family. Graduating from Paris’ Chambre Syndicale de la Haute Couture in 1997, he undertook apprenticeships at the Couture Houses of Ungaro and Nina Ricci. He then joined the team at Christian Dior. At Dior, he created exquisite fine jewelry for Women and Men, both respectively overseen by John Galliano and by Hedi Slimane. 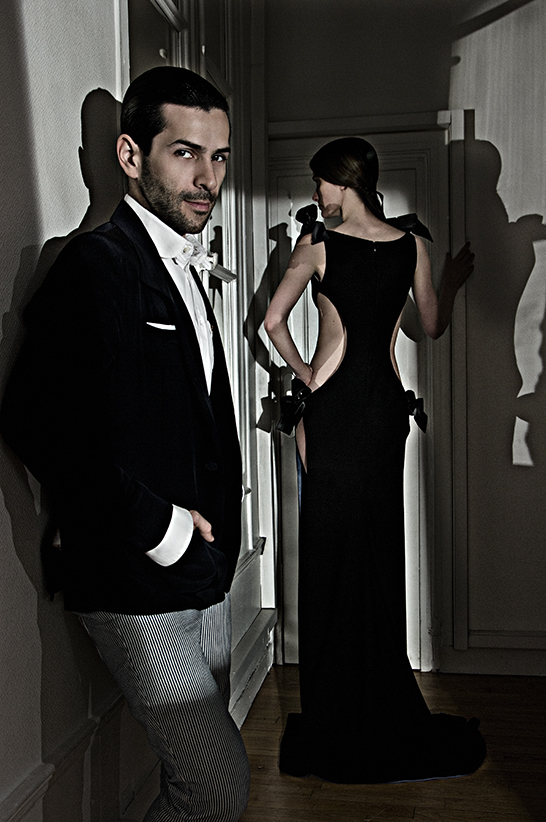 As a kind of a quirky signature, Alexis can always be seen wearing a bow tie. In 2005, he embarked on his own personal adventure and created his own Fashion House and decided that the bow tie which accompanied him thus far would become his lucky charm, his special signature. Since, doing so he has utilized bow ties in novel ways in all of his collections.

Alexis is a guest member of the “Fédération Française de la Couture“.

He also designs a Mens’ collection and a Womens’ accessory collection (bags, shoes, jewlery). His faux-casual and romantic touch marries the hyper feminine with the influence of the perfect cut androgen tuxedo look.

To build a sustainable business, his challenge is to evolve from the cute and gimmicky identity of the bow tie to a timeless style. Alexis Mabille deserves credit for developing a signature company that is pragmatic and focussed in this economic malaise. At a time where Christian Lacroix and Yohji Yamamoto are facing the worst financial backlash in their history, Alexis has established a loyal customer base and is also offering his collection as a ready-to-wear option.

Alexis Mabille has already gained quite a following amongst Celebrities.

His fashion is definitely wearable and that is key. Too often, at the early stage of their career designers forget that ready-to-wear and Couture are not Art but an Applied Art to the human form. People do eventually have to wear what is designed and that is often the major challenge that young designers must come to grips with. Clothing is more akin to “Functional Art”. One could make a similar comparison between Sculpture and Architecture. One is pure form and the other is Form and Function. Fashion is business and as entrepreneurs, Designers need to convince Buyers of Department stores and in the end the clients.

If you are looking for spectacular, show-off and breath taken collections using BOWS, I would suggest you take a look at Viktor and Rolf’s work. Here the bows become an animated, magnified and surreal element of their designs, yet utterly wearable. They have found ways of surprising us with a global concept of excess stretched to the max. However, they never overlook the commercial and viable side of the business. In the final analysis, they know how to downsize their collection prototypes for commercial consumption. 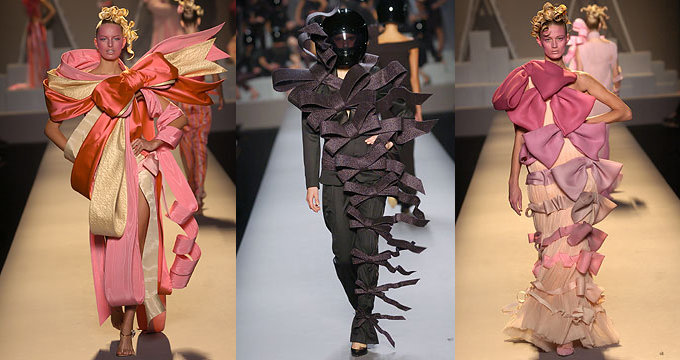