The other day while shooting for Harper’s BAZAAR at the Hotel Crillon, I had a bit of extra time while our model was being made up and photographed renowned Chef Christopher Hache of the Restaurant Les Ambassadeurs. It was a lot of fun shooting with him.  A very humble personality with a great sense of humor. Looking forward to dining at Les Ambassadeurs Paris shortly.

Here is what has been said about him…

Christopher Hache dreamt of becoming a chef from a very early age. What could be more natural for a child who spent his earliest years by the ovens of his grandmother, as she cooked for the small family-run guesthouse? Originally from Yvelines,Christopher Hache grew up surrounded by cooking and the restaurant business. His father ran the Le Paris Dieppe restaurant in the Parisian suburbs, where Christopher first tried his hand at being a Chef: “My father pushed me to the limits to make sure I was the best. He was the catalyst in my personal development”.


Restaurant Les Ambassadeurs: The Counts of Crillon’s former ballroom now hosts a gastronomic restaurant which has received a great many awards and is acknowledged to be one of the best dining venues in the city. The place is grand and majestic, impressive in its scope as well as in the splendour of its Louis XV decoration, performed at the time by architect Jacques-Ange Gabriel. Christopher Hache, a rising star of French cuisine, has taken the helm of the hotel’s kitchens, with special focus on this famous restaurant.

Christopher Hache attended the Auguste Escoffier high school, where he received his CAP Cuisine, followed by a BEP in catering with a specialization in cooking, together with a vocational baccalaureate in pastry.

It was at the Bristol working alongside Chef Eric Fréchon thatChristopher Hache, who dreamt of becoming a Chef as a child, honed his skills, forged his character and discovered the highly pressurized world of luxury hotels, which demanded reliability and perfection 24 hours a day, 7 days a week.

Christopher Hache had, by now, fulfilled his part of the bargain.His thirst for new challenges took him to the Grande Cascade, where he found himself working alongside Frédéric Robert (the restaurant’s current Chef). With him, he developed the restaurant and banquet menus and also learned about management and the fundamentals of profitability. He was given more responsibilities, which he accepted with relish.

This restaurant, acknowledged to be one of the best dining venues in Paris, showcases chef Christopher Hache’s magical food creations, which are just as grand as the majestic dining room they are served in. The dining hall is impressive in its scope as well as in splendor with Louis XV crystal chandeliers and ceiling frescoes, creating an enchanting atmosphere.

Christopher Hache at the Crillon

At only 28 years of age, Christopher Hache has fulfilled his childhood dream by becoming head Chef at the Hôtel de Crillon. It is undoubtedly the biggest challenge of his career. “After a period of careful reflection, I decided I wanted to seize this opportunity”. This talented young Chef has taken over the reins of the luxury hotel’s kitchens with modesty and passion.
To begin with, he will refresh the menus on offer at the Obé restaurant, banquets, room service, at the bar and in the winter garden, and come April, he will write a new chapter in the history of “Les Ambassadeurs” restaurant.

As one critic stated regarding his favorite restaurants.
The top of this list is definitely the Les Ambassadeurs restaurant where the best in Parisien fine dining is served courtesy of young prodigy, Chef Christopher Hache. The restaurant just re-opened in April 2010, after a long period of restoration and renovation and has since returned to it magnificent form.

Well there you have it. 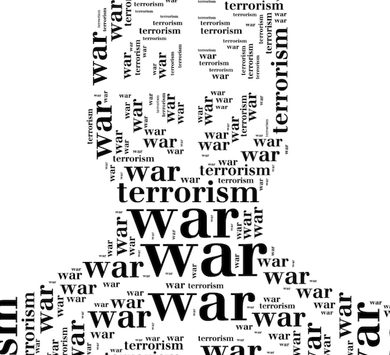 This Madness Must End! London… Another Bleep in the Radar?