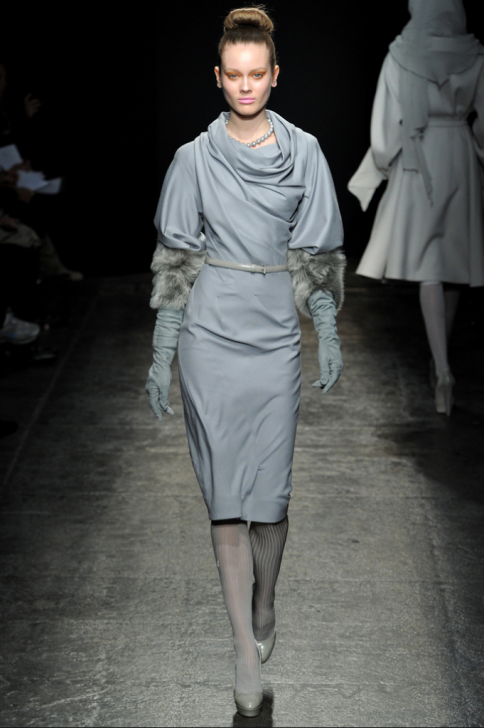 As I flew home from New York, I reflected upon the runway shows I had seen last week.

This was Donna Karan’s finest collection in several years and my absolute favorite of all the shows from Mercedes Benz fashion week.

While Donna Karan may be my Queen of New York fashion, Diane Von Furstenberg is still the female designer on everyone else’s lips. 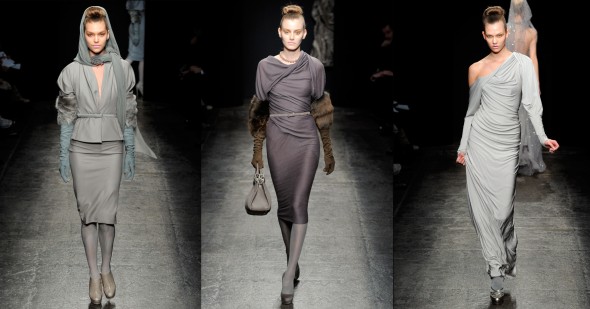 Her show was a spectacle, with revolving, mirrored poles strategically placed to reflect every camera flash, creating a strobe-like effect across the two-lane catwalk. The collection itself was not quite to my personal taste. Mostly because it did not feel as though it was a collection. There was such a vast mixture of styles, colors and fabrics, that I found it difficult to trace a common theme.

One designer, who could certainly not be faulted for failing to have a common theme, was Vera Wang.

At one point, I thought I was watching 24 variations of a single, shapeless, see-through dress. The sleeveless parka jackets, particularly the ones with a fur-trimmed hood, added a rebellious touch to the otherwise somber collection. I think if I were attending the Glastonbury music festival, then Vera Wang would be the perfect choice of alternative-designer attire.

For more chic events I would opt to wear an outfit from the new Badgley Mishka line, which I found to be glamorous and sultry with perfectly placed jeweled accessories and elegant elbow length gloves. 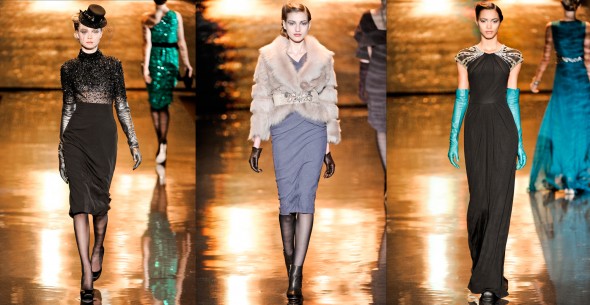 Regular readers may recall that I had high hopes for the new Vivienne Tam collection. I was already a big fan of her HP digital clutch notebook and the designer had kindly invited me to sit in her front row and be fitted for one her dresses. Regretfully, my busy schedule did not allow me enough time to attend the fitting, and as punishment I was demoted to the third row.

Not one to judge a collection based on my seating assignment, I attended with an open mind. In the end, it was for the best that my reactions were somewhat concealed as I found Tam’s new line to be stale and uninspiring. 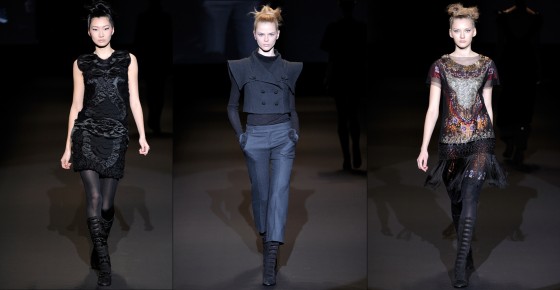 Two private shows that did not make the Mercedes Benz official calendar were Marc Jacobs and Victoria Beckham. Jacobs produced a military themed collection in which the designer revolutionized the classic fifties style that I so passionately adore, by creating an avant-garde mesh of textures and fabrics than would not conventionally work together. His style is a little too edgy for my classic taste buds, though I am quite positive that trillions of young ladies across the globe will be drooling over his collection.

Without any doubt, the most elegant presentation was held in an Upper East Side townhouse that has been fashion week home to the Victoria Beckham collection for the past three seasons. Victoria famously hosts an intimate gathering of fashion industry elite, whom she personally greets. She initiates the affair with a down to earth speech before sitting between her guests to watch the exhibition begin. I’ll cut to the truth of the matter here. I love Victoria Beckham. This was her sixth season in fashion and featured her 100th dress. By this point, most new designers are beginning to plateau. Veering off along a questionable avenue, trying to attract new followers and in the process, forsaking their fans. Not Victoria.  She produced bold colors and new shapes, but the quality and attention to detail is consistently unmistakable.

Ralph Lauren is perhaps my favorite designer in the world. He has done for America, what Giorgio Armani has for Europe, creating a style empire in which I love to live. His AW collection was reliably classic, elegant and wearable and presented impeccably by his signature models. Unlike many other designers, who present ghostly, rail thin, young girls with brash make up and overly styled hair, Lauren’s models are truly beautiful, with shiny hair, natural make up and a healthy tan.

Hervé Léger is known for producing fabulous, figure hugging dresses that are quick to get the attention of every red blooded male in the room. This season Léger diverted from the tight fitting skirt to a short A-line. The result still held strong sex appeal.

I found it somewhat amusing that his token celebrity representation was Spanish actress Elsa Pataky.

For readers unfamiliar with her body of work, she made her Hollywood debut in Snakes on a Plane. She is more widely known for allegedly cheating on ex-fiancé Adrian Brody with Oliver Martinez and was recently rumored to be having an affair after less than one month of marriage to Chris Hemsworth. This is perhaps testament to how powerful an Hervé Léger dress can be on the right body.