Over the next few days, the majority of the American fashion industry will be getting ready for New York Fashion Week. A publicist originally hosted the now-infamous fashion extravaganza in 1943 at the Plaza hotel. She named it named Press Week and back then, it was only open to fashion editors and journalists. At that time, American designers were starting to separate themselves from the influences of French couture to forge a path of their own, by experimenting with indigenous materials and creating styles appropriate for the post-war urban American lifestyle.

In recent years, fashion week, which is now sponsored by Mercedes-Benz, has become somewhat of a circus, with celebrities and reality stars being paid to attend in order to court maximum attention for each brand. For anyone who doesn’t understand how fashion week works, these are the basic elements one needs to understand. The shows are hosted twice a year, during February and September. February exhibits the fall collection for later that year and September presents the spring collection for the following year. As well as members of the press, professional buyers will choose pieces from the collections that will appear in the stores just in time for the next fashion week. Publicists are still hired to organize and execute the runway shows, and between them and the designer, they decide who sits in the coveted front row and who is left standing. 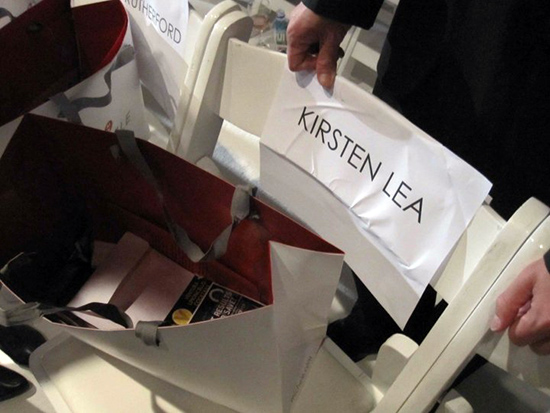 My Front Seat at Matthew Williamson

I was fortunate enough to attend London fashion week, as a fashion student. I watched from the back row as oriental models graced in runway in Maria Grachvogel and I felt like the luckiest girl in the world. As the years passed and my career took off, I worked my way up to the front row of Armani Privé and Valentino at Paris Couture week. This however, will be my first time attending a New York fashion show, and it’s my turn to judge the new prêt-a-porter collections of American designers. The press registration process begins with applying via the Mercedes Benz Fashion Week website; providing them with a pretty picture, confirming whom you work for – one of the top listed publications such as Vogue, Elle, Harper’s BAZAAR, or providing a letter of confirmation on headed paper from your editor in chief – and including two links to your recent published work. 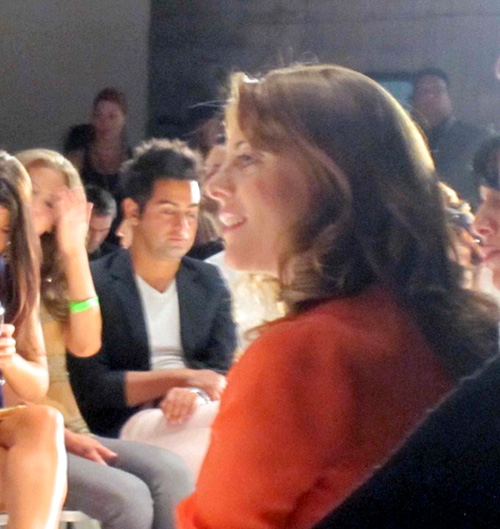 Once submitted, the powers that be will deem if your application is approved or denied. If you are deemed worthy, the designers will then contact you directly with invitations to their shows. Which designers decide to invite you, will depend upon the status of the publication you write for and the readership it attracts.  There are similar steps for fashion stylists, professional buyers and even fashion students. 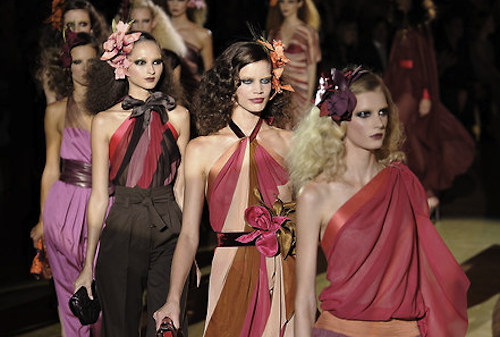 For those who do not legitimately work in the fashion Industry, but still want to peek inside the bubble, there is always the black market* High-end concierge companies are able to attain tickets for their members, but prices are increasing every year. Tickets to top shows such as Ralph Lauren and Donna Karen are currently selling for up to $3000 per ticket. That is an extremely high price tag for a show that lasts only ten minutes and you can watch from the comfort of your own home within two hours via You Tube.

This season, the shows that I am most excited to be seeing, include Diane Von Furstenberg, Badgley Mischka, Carolina Herrera and Vivienne Tam. I am also very pleased to see that New York has embraced the concept of the box. Last year, the not-so-well-regarded Los Angeles fashion week, presented the concept of Box 8. Held in a warehouse, designers exhibited their new collections as a photo shoot rather than a runway show, while guests mingled and were able to view the clothes close-up. Some critics wrote this off as simply a way for designers to save money in the economic climate, but I personally loved the concept as I felt it focused more on the actual clothes rather than who was sitting in the front row. And that is ultimately what Fashion Week was originally intended for. 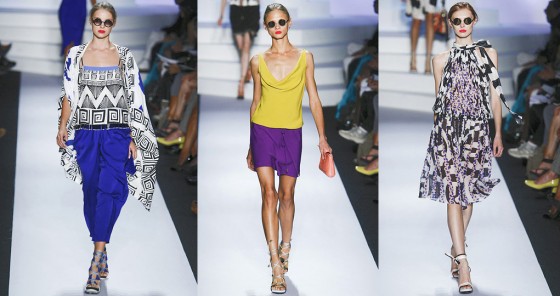 *There is a Marc Jacobs show February 14th, at the Armory

*Please note that Kirsten Lea does not advocate buying tickets to fashion shows, she is merely the messenger of current information.